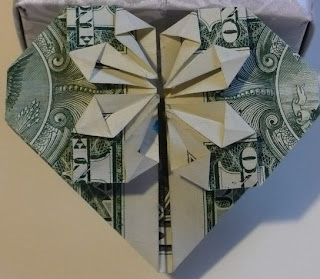 We are going to make this one. 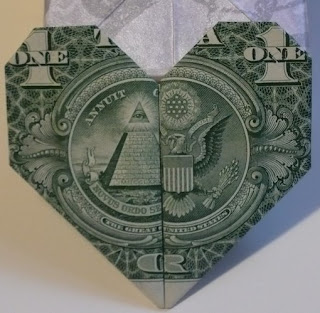 You will need a new scrip dollar bill.
Fold in half to creat center line.  Then unfold

Fold both edges to center line. 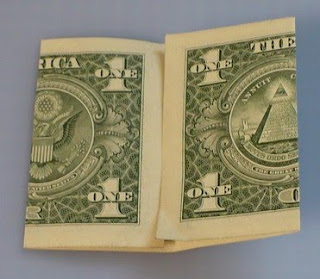 Turn you bill over. 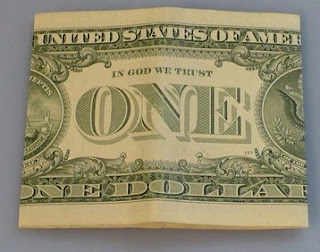 Fold both edges to center. 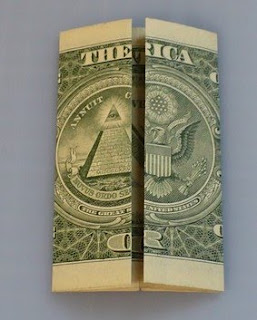 Unfold both flaps from bottom. 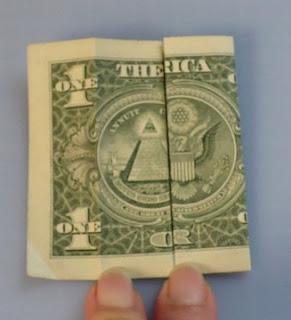 (Inside reverse fold the corners) Fold corner down like shown. 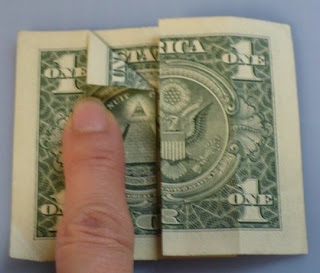 Pull it open and push the triangle in then push the flap back up. 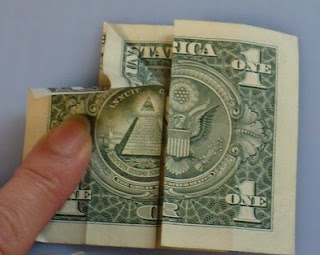 This is what you should have.  Repeat inside reverse fold with the other side. 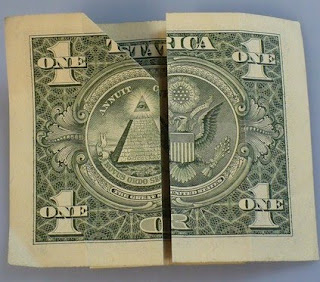 Turn your bill over. 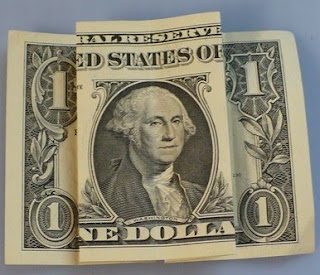 Fold flap over and fold corner to crease. Fold flap back over. 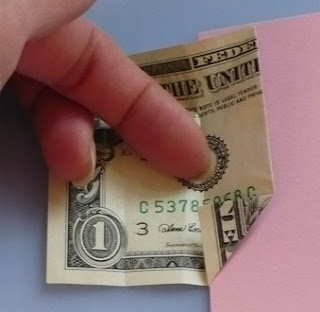 Repeat with the other side and you should have this. 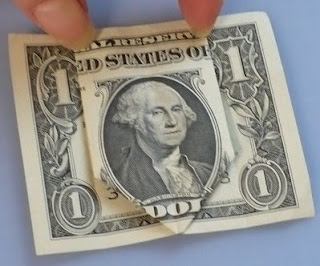 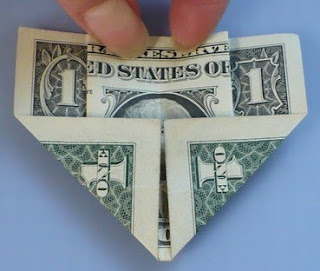 Pull the top flap down. 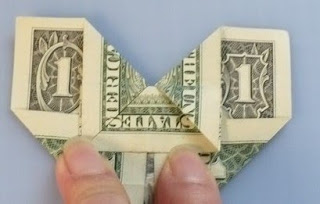 Fold all edges down ( the white edges). 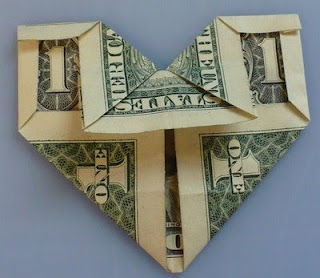 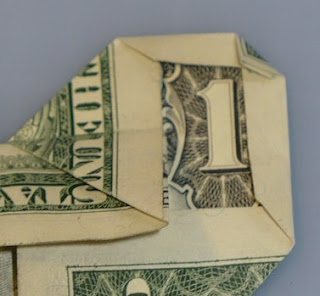 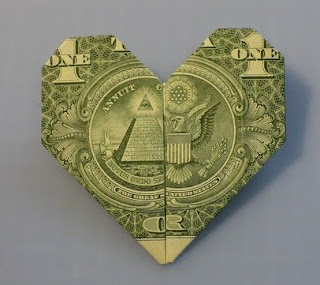 There's a site called the "origami club."  There are plenty of tutorials there.  But I learned this one from a book called "Funny money folds for kids" by Jodi Fukumoto.  Hey, why the kids always have the fun stuffs!  You can go get this book or you can wait for my tutorial.  There are a few more money fold items from this book that I'd to share.
Until next time!
Helen
Posted by Helen at 7:06 AM

Wow, that's crazy! Glad you showed the instructions so I can have hope of trying it someday! :)

Thank you for the tutorial! I've seen this money folding before but forgot how to make it! Chinese New Year is coming up maybe I'll fold some for the kids or maybe not. I'm not sure if they appreciate me folding their Chinese New Year money. lol